How to Sync Spotify Music to Fitbit Ionic

Featured with five-day battery life, sleep tracking, guided workouts, and music playback, Fitbit's first smartwatch - Ionic sold worldwide, but it looks like if you live outside of the US it's going to be missing a pretty big feature -- music playback offline.

With 2.5GB of internal storage, the Ionic can store about 300 songs and beam your tunes to Bluetooth headphones. You can either download music from your personal library or if you have a Spotify, Pandora Premium subscription, sync music to the streaming app. But of particular note is that Fitbit only has teamed up with Pandora to offer offline playback on Ionic, no Spotify offline playback support. So if you are in the UK and mainly stream music from Spotify, then in order to enjoy Spotify music offline on the Ionic, you are supposed to use a third-party program to help you sync Spotify music to the Fitbit Ionic. 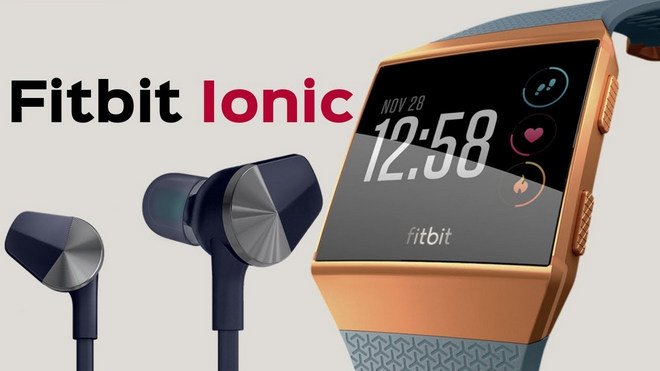 Tutorial on How to Sync Spotify Music to Fitbit Ionic

NoteBurner Spotify Music Converter is the best Spotify Music Downloader and Converter among its competitors and is a must-try for all those users who wish to record Spotify track and transfer to other devices like the Ionic or iPod Shuffle for enjoying. It is built with advanced encoding technology and compatible with both Windows and Mac, and via this converter, you can perfectly convert Spotify music to plain MP3, AAC, FLAC, AIFF, or WAV format at a fast speed with keeping 100% lossless quality. In this case, you can transfer or sync Spotify music to Fitbit Ionic and enjoy music offline easily.

The following is a detailed tutorial about how to download and transfer Spotify music to your Fitbit Ionic with NoteBurner Spotify Music Converter for Windows. Please download this useful tool on your computer first before getting started.

Launch Spotify Music Converter for Windows. Click "+" button, then you will see a pop-up window that indicates you to copy and paste the playlist link from Spotify. You can copy and paste the link on the URL window and click "Parse". Then you can click "OK" to finish adding tracks.

4 Sync Converted Music to the Ionic

After converting, the output folder will be open automatically. Or you can click the converted button on the left side interface to find the converted music. Then simply connect your devices to your computer or your mobile via Wi-Fi and use the Fitbit Connect app to transfer the converted Spotify Music to Fitbit Ionic to enjoy without needing your phone nearby.