How to Play Apple Music on Amazon Echo

The Amazon Echo, a smart speaker developed by Amazon.com, is essential for turning your house into a smart home. If you want to listen to Apple Music songs on your Amazon Echo, don't miss out on this post, which will teach you two different ways to do it. 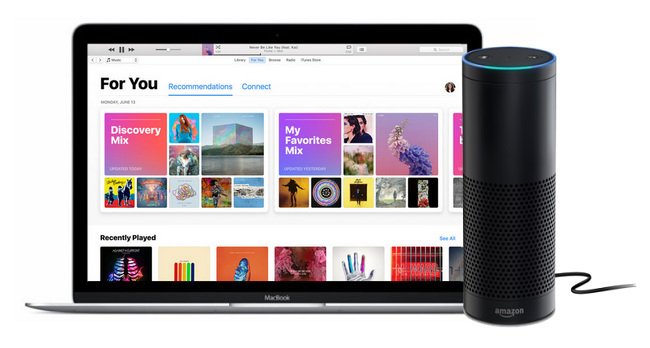 Amazon released its Echo Bluetooth speaker several years ago. Since then, Amazon has continued to refresh and expand its lineup of hands-free, voice-enabled speakers, including Amazon Echo, Amazon Tap, Amazon Dot, and Amazon Echo Look. It just introduced the Echo Show in May 2017, which features a tactile 7-inch LCD screen. The original Amazon Echo speaker, however, is still going strong. The Echo measures 9.25 inches high and 3.27 inches in diameter. It's an excellent voice-activated personal assistant. Out of the box, voice recognition is pretty fantastic. The assistant "Alexa" will listen to commands, answer questions, play music or control smart home devices, and even help you do your shopping.

Apple Music for Alexa is available now, but currently only in Austria, Australia, Brazil, Canada, France, Germany, India, Ireland, Italy, Japan, Mexico, New Zealand, Spain, United Kingdom, and United States. Apple Music subscribers who live in those countries can ask Alexa to play songs, artists, playlists, and more from Apple Music or playlists from iTunes Library by referring to this guide: Play Apple Music with Alexa. If you are from other countries, don't worry, the following part will show you two simple ways to play Apple Music on Amazon Echo.

If you want to play iTunes or Apple Music tracks on Amazon Echo, you’ll need to pair your mobile device with the Amazon Echo through a Bluetooth connection, and stream it from mobile instead. Here are the detailed steps:

Step 1 Go to Settings. Then, tap on Bluetooth and toggle the button to the on position. 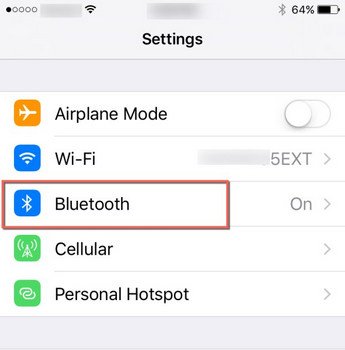 Step 2 You’ll now see your Amazon Echo device listed under My Devices. Tap on it and it’ll pair with your phone or tablet. 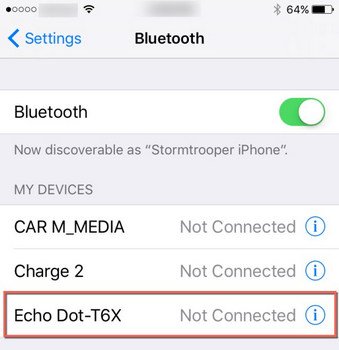 Step 3 Navigate to your Music application where your Apple Music are accessible and start playing them. They should be heard coming from your Amazon Echo device instead of your mobile device speaker now.

Method 2: Upload Apple Music to Amazon for Playback on Echo

The method one isn’t a terribly inconvenient but you may want to get a more workable solution to stream Apple Music to Amazon Echo. As one person said: "I want ask Alexa to play my Apple Music. Not to pair my iPhone and use the echo as Bluetooth speaker". Then uploading your Apple Music songs to Amazon is a great idea. After uploading, you can ask Alexa to play the music and control playback with simple voice commands without using your phones or tablets any more.

Tutorial about How to Upload Apple Music to Amazon Music

The following is the detailed tutorial to guide you to upload Apple Music to Amazon and play on the Echo. Please download NoteBurner Apple Music Converter first before getting started. Please download and install Amazon Music app in your computer. Once installed, there are three ways to upload the converted Apple Music to it:

Once imported, you can stream Apple Music tracks to Amazon Echo with simple voice command via Alexa.

Note: The free trial version of NoteBurner Apple Music Converter enables you to convert the first three minutes of each song. You can unlock the time limitation by purchasing the full version.