How to Download Ed Sheeran’s Album "Divide" to MP3

"Divide" is Ed Sheeran’s third studio album released in March, 2017, "Castle on the Hill" and "Shape of You" being the lead singles. The album debuted at number one in the United Kingdom, selling 672,000 units in its first week and it also topped the charts in 14 countries, including the United States, Canada, and Australia.

"Divide" is an album full of amazing songs, among which "Perfect" made another big hit, becoming Ed Sheeran's second number-one song from ÷, following "Shape of You". What’s more, all the tracks on the album reached the top 20 of the UK Singles Chart in the week of the album's release and ten songs from ÷ debuted on the Billboard US Hot 100 in March 2017. 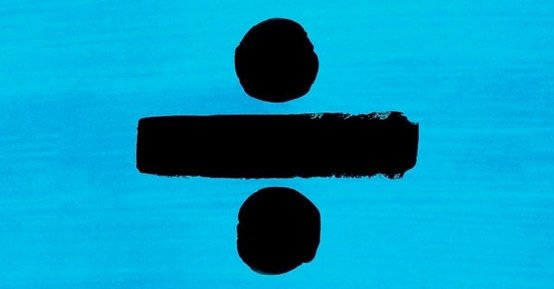 The following is a detailed tutorial on how to download Ed Sheeran’s all songs in album "Divide" from Apple Music to MP3.

As we all know, Apple Music is a streaming music service providing protected songs, for which we are confined to enjoy Apple songs with iTunes or Apple Music App. To Download Ed Sheeran's album "Divide" from Apple Music to MP3, it’s a must to record Apple Music first. Now let’s see the details.

NoteBurner iTunes Audio Converter is a popular Apple Music Converter specializing in downloading Apple Music, audiobooks & iTunes M4P Music to MP3, FLAC, AAC, AIFF, WAV, or ALAC format with lossless quality. By applying this music downloader, we can easily download Ed Sheeran's full album "Divide" to MP3 or stream them to any other devices any time.

As mentioned above, NoteBurner Apple Music Converter supports both Windows and Mac versions. Here we take the Windows version as an example to guide you step by step.

Click icon "Add Files" on the upper left. There will be a pop-up window showing you all the songs you've downloaded to your iTunes Library. Choose the songs that you want to convert and then press OK.

Click button "Convert" and all the songs in Ed Sheeran's "Divide" you chose in Step 2 will be converted to MP3 format and downloaded to the output folder you set in previous step.