Adele’s latest album “25” was finally made available for streaming through Apple Music, Spotify, Tidal, Amazon Prime and other streaming services on 24th June, 2016, over seven months after its initial release. 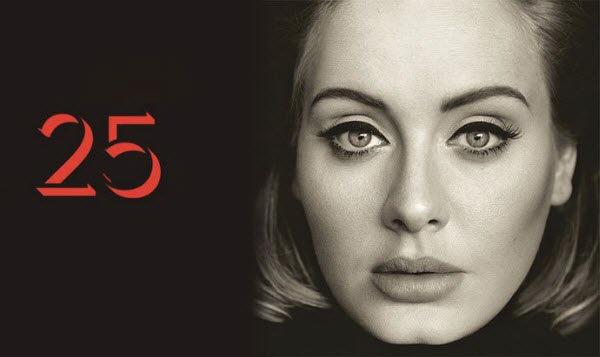 25 is the third studio album by British singer and songwriter Adele. Since its release on 20 November 2015, the '25' instantly became one of the best-selling albums ever, moving over three million copies in a single week. Before the album is available for streaming, only 3 singles, "Hello", "Send My Love (To Your New Lover)", and "When We Were Young", were made available to stream on Apple Music and Spotify, as a promotional effort. But now, the full '25' album is finally headed to streaming services. Now, let's download the album from Apple Music and enjoy it on your devices.

1. To be an Apple Music subscriber. Apple Music allows paid users download any song, album, or playlist from its catalog for offline listening;

3. Add the music or playlist and click the "..." button to add the music to "My Music" or "Playlist"

4. Go to "My Music" tab, and click the added music. Click the cloud icon with a downward arrow next to the song to download it for playing offline; Step 1 Launch iTunes Audio Converter on Mac. And then click Add button to add Adele's '25' to the program.

Step 2 After adding, all your added songs will be listed in the main interface. Click the setting button to choose output format and output path. Output format as AAC, MP3, FLAC, WAV, AIFF, ALAC are available to choose.

Step 3 Now, all you need to do is to click the "Convert" button. Your music files will be converted at a fast speed with all ID3 tags and Metadata kept.

Step 1 Launch iTunes Audio Converter on Windows. Click "Add" button, then you will see a pop-up window which will show you all the iTunes folders. You can add songs of Adele's '25' to the program.

Step 2 Click the "Setting" button on the main interface, and then there will be a pop-up window which allows you to set output path and output audio format. Output format as MP3, WAV, FLAC, AIFF, AAC, or ALAC are available to choose.

With three simple steps, you can move Adele's '25' to USB for enjoying in the car, burn it to CD or keep it forever even after cancelling subscription.