After five years away, Pink is back with her new song "Beautiful Trauma" of her seventh studio album of the same name on October 13, 2017! With regards to the album title and single, Pink tweeted that life is traumatic. But it’s also incredibly beautiful, too. After release, the album topped the charts in United Kingdom, United States, Australia, Canada, Ireland, and the like. It sold 384 thousand copies in opening week in US, as the biggest sales of album by the female artist in 2017.

"Beautiful Trauma" with carrying a total of 13 tracks has received generally mixed to positive reviews from music critics. The lead single from it is the song "What About Us" which was dropped on August 10, 2017. The song was a mild hit here in the U.S., where it peaked at No. 28, though it performed better in other territories. Now all of the songs in "Beautiful Trauma" are available on major music streaming service. Here we will show you how to download Pink's "Beautiful Trauma" full album from Apple Music to MP3 for enjoyment. 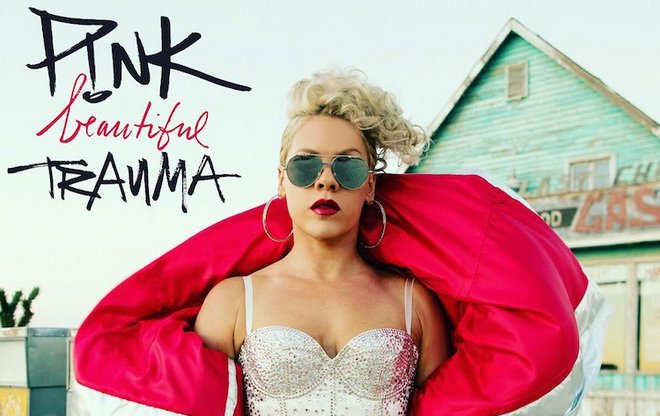 The music downloaded from iTunes or Apple Music are packaged in protected M4P or M4A format which is not supported by some devices, such as Windows Phone, Roku, PS4, etc. So if you want to download songs of "Beautiful Trauma" from Apple Music to MP3, an Apple Music Converter is needed.

NoteBurner iTunes Audio Converter, developed by NoteBurner Inc, is a professional Apple Music Conversion solution specially designed for Apple Music users. It is available for both Mac and Windows OS, aiming to completely record Apple Music songs without quality loss. With this smart app, you can easily convert the offline Apple Music tracks from protected M4P format to common MP3, FLAC, AAC, AIFF, WAV, or ALAC format while preserving the original ID3 tags. You are suggested to download the free trial version as below before getting started to record your Apple Music files.

How to Download "Beautiful Trauma" from Apple Music to MP3

After completing the above steps, the final one is clicking the button "Convert". Just a few seconds, it will succeed. After converting, the output folder will be open automatically. Or you can click the "Converted" button on the left side to find the converted music. Now, you can sync them to any of your devices for enjoying.