Top 3 Apple Music Converter Review - Which One to Choose? 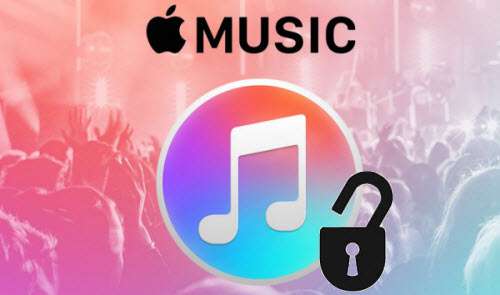 NoteBurner Apple Music Converter for Windows is a professional and simple app that allows you to convert any of the songs in your iTunes library, including Apple Music songs, audiobooks and M4P music, to MP3, WAV, FLAC or AAC and save them on local storage. It can serve as Apple Music Converter, Audiobook Converter and M4P Converter. Besides, iTunes Audio Converter balances the quality with speed, which means that you can convert music with lossless quality kept. What's more, you can convert any songs to plain MP3/AAC/FLAC with all ID3 tags and metadata kept. 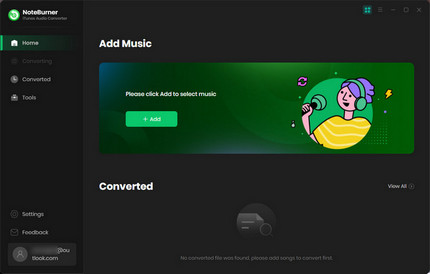 $39.95 with free trial of Windows and Mac version

iSkysoft Audio Recorder enables Mac users and Windows users to record unlimited free music from YouTube, Pandora, Grooveshark, Napster, Rhapsody, Spotify, iTunes Radio and more in just one click. Also, you can record audio from playing video files. Unlike NoteBurner iTunes Audio Converter which records music in the background. iSkysoft Audio Recorder just records the playing music, which takes more time to record. It can continuously record playing music and also split tracks in case you would like the music files to be separated automatically. While recording, the iSkysoft Audio Recorder can automatically filter out ads in the track and identify the recorded music files to get music information like Title, Artist, and Album. After recording, you can add the recorded music to your iTunes library by clicking the "Add to iTunes" button. 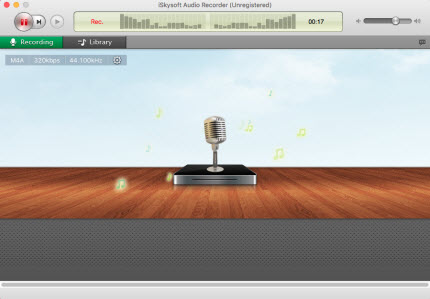 Freemake Audio Converter is a freeware used to convert audio files to other popular formats on Windows PC. It supports converting a wide range of audio formats, like MP3, AAC, M4A, WMA, OGG, FLAC, WAV, AMR, AIFF, MP2, APE, DTS, M4R, AC3, VOC, etc. Unlike iTunes Audio Converter, it has some problems in converting M4P music. Also, there are many choices for users to set output formats. Besides converting audio files, the Freemake Audio Converter can extract audios from video files. This software converts both audio files and videos at fast speed for playing on your iPhone, iPad, Zune, Samsung Galaxy, Nokia Lumia, HTC Desire, SanDisk Sansa, Walkman, etc. But, freeware always comes with limitations, there is only Windows version available to convert audio files and you cannot convert Apple Music files and other M4P music. 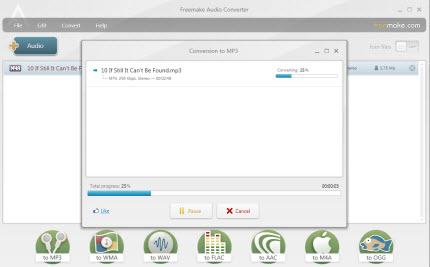